Seven Generations and Reflections from a Delivery 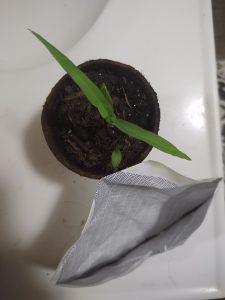 There are lessons which stick with you your whole life, some you are taught when you are young, others you learn along life’s path.  And I was reminded of several of these two weeks ago.

I was taught that the best way to honor the Creator and to give thanks for the gifts I had been given was to give back to The People, to share what I had. And so, when a dear friend suggested I check out the community that had formed around Protect Native Elders, I suspected that this would be an opportunity to give back to the People.

I was also taught that a single stick can be easily bent, but bundled together they are strong enough to stand against the strongest wind.  And clearly the winds are blowing across the land, and now is a time for us all to bundle together to lend our strength to each other.

A message came across the Facebook Community board asking for help delivering hand sanitizer from a Distillery in Massachusetts to a Native community in New Jersey.  The distillery was twenty-five minutes from my house, and I had a trip planned to look at a potential job, so I recognized the chance for what it was and volunteered.  I shot a message to my client explaining the situation and he responded simply with “Gotta support your people”.

I called my friend Derek who owns Harvest Spirits Distillery in Valatie, New York, explained the situation, and he merely said “swing by Thursday morning, we’ll give what we can”.  So, Thursday morning I swung by and picked up 71 8oz bottles of hand sanitizer and headed to my next destination, Berkshire Mountain Distillers in Sheffield, Massachusetts.  Courtney, our contact there met me, and from there I loaded up 60 1 litre bottles of hand sanitizer.  We stood out front of the distillery, and chatted from a distance, where she revealed that due to the adoption of her father, much of her family past had long been hidden, but that recently she had discovered that she was part Crow and part Blackfoot.  The people find each other.

I drove through the Berkshires, the Taconics, the Litchfield hills, and down into the Hudson Valley, all the while the skies were heavy with rain that mostly refused to fall.  My car smelled of hand sanitizer and while I took in the beauty of the landscape I was passing through, I thought about generations.  I was taught to look to the seventh generation, to the future, but aren’t we here because we are the seventh generation of our ancestors? We are links in a chain that stretches back to before what they call history, and there is a beauty in that.

I found the house of Chief Mann of the Turtle Clan of the Ramapough Munsee easily and I was greeted by smiling eyes and a friendly wave.  There is an interesting side effect of this new world of masks, we can no longer see each other’s mouths, only our eyes, which can be so expressive, and his eyes were bright and welcoming.  We spoke of the times, and the troubles.  I asked him what his people needed, and how we could continue to help them.  We spoke of the past, and the future, of farms and food.

I told him that on my next trip down I would bring him some Kanien’keha:ka corn seed that had been gifted to me and has become the main corn I grow in my Three Sisters.  He then turned and handed me a small pot with a small corn plant in it “Delaware Black Corn” he said, “but wait, I want to give you something else”  He went inside his house and returned with a small envelope which he showed me contained seed.  “Tobacco seed, but there is a story.  A small bag was found in a rock shelter not far from here, and the seeds were carbon dated to 800 years ago.  We were able to sprout a few of those seeds.  And these seeds are from the third generation of those seeds.  I want you to take these seeds home and add them to your garden.”

I could only bow my head and tell him how humbled and honored I was.  And I continue to be humbled and honored.  Everything I experience with Protect Native Elders shows me how much stronger we are when we stand together, when we allow our seeds to grow in each other’s gardens.  The seeds we plant today, while the winds are blowing strong across the land, will make for strong plants.  And just imagine what that will look like in Seven Generations.  There is still so much work to do, and I for one, will do all that I can.